Does Eating Meat Really Cause Cancer? We Discuss The Truth 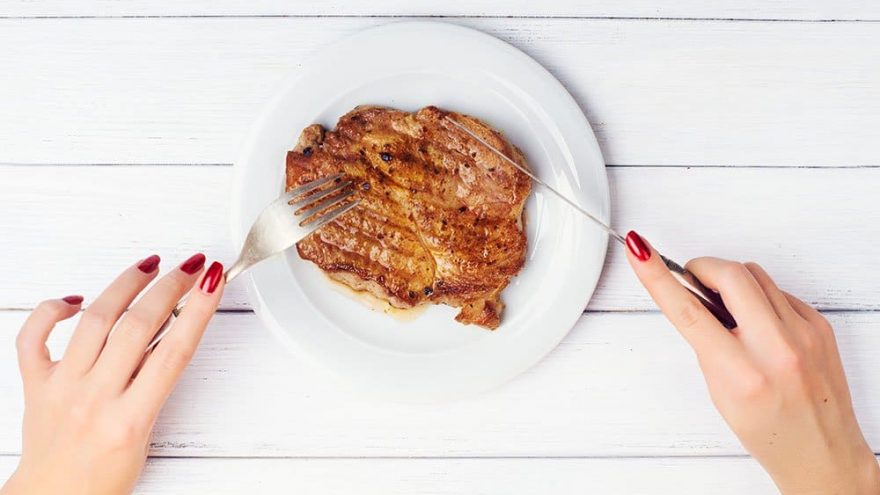 Does Eating Meat Really Cause Cancer? We Discuss The Truth thefitbay.com

If you love steaks and burgers as much as I do, the news from the World Health Organization (WHO) that it had concluded eating red and processed meat is linked to cancer could be a bit of a shock. Rather than relying on third-hand information, I decided to do a little investigative work and see how the WHO came to its conclusions and whether I should be worried, and alter my lifestyle accordingly.

What the WHO says about meat and cancer 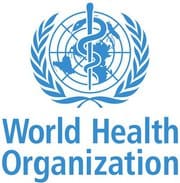 It’s probably best to start off by saying the study was carried out by the International Agency for Research on Cancer, which is part of the WHO. The IARC itself did not do a study, but looked at more than 800, and reviewed their results on the possible links between eating meat and cancer. With so many studies, the research was wide-ranging and dealt with people from all over the world, different races, and those on different diets.

After looking at the variety of studies, the report concludes there is an elevated risk of some cancers from eating red and processed meat. The authors suggest the evidence is such that eating three ounces (85gms) of red meat daily increases the risk of colorectal cancer, and possibly pancreatic and prostate cancer, by 17 percent. Eating 1.5 ounces (42gms) of processed meat daily increases the risk of colorectal cancer by 18 percent. The IARC put red meat, meaning in this case beef, veal, pork, lamb, and goat, into a category which it describes as “probably carcinogenic to humans.” Processed meat, such as bacon, sausage, hot dogs, salami, are in the category “carcinogenic to humans.” Before you start to get concerned that eating bacon for breakfast is like smoking cigarettes, let’s be clear on how the IARC categorized processed meats. The agency did not say that eating processed meat had the same risk as smoking cigarettes, just that the scientific evidence is such that both cause cancer.

Is it time to give up eating meat?

None of the experts suggest that its time to give up having bacon and eggs for breakfast or enjoying a juicy hamburger for lunch. Every one of them says its all about moderation, and not overeating any particular meat, and having a varied diet. So far there is not enough evidence to give the exact amounts that are safe to eat. However, some nutritionists suggest that a couple of servings of processed meat per month, and a couple of servings of unprocessed meat per week would, in general, be OK for most people.

Is there safer meat?

Doctors have been saying for decades that it is better to eat lean meat rather than fatty, and that is always the best option. Fatty meats have been linked to heart diseases, diabetes, and premature death. Always look for the fat percentage on the label of ground beef. For steaks, you should try and pick those with the least amount of marbling, which is the visible fat running through the meat. It’s also wise to try and limit the amount of bacon or other types of processed meat as they usually have a higher saturated fat content, and can be high in sodium. Reducing your fat intake can also have a positive effect on your overall body weight and waistline. White meat, such as chicken, turkey or duck is another alternative, as long as the fat content is kept to a minimum.

What effect does the way you cook meat 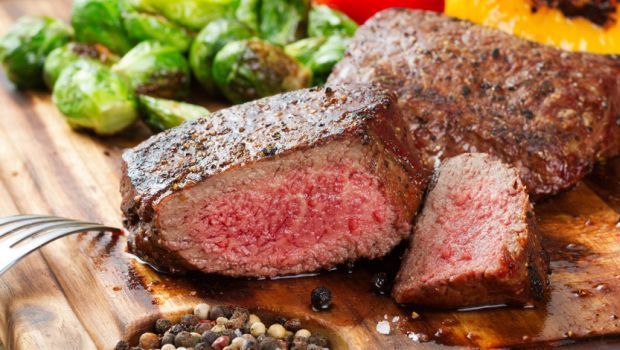 It’s interesting that studies show the cooking meat fast at a high temperature, which can create charring, is probably the most dangerous. The charring can lead to the formation of carcinogenic chemicals. These chemicals are known to have an effect on DNA that possibly can lead to cancer. A study by the University Of Minnesota discovered that eating well-done or charred meat could increase the risk of pancreatic cancer by up to 60 percent. The advice for those who love to grill their food is to avoid the flame getting in contact with the meat, by cooking indirectly, or to flip frequently. There is another tasty way to reduce the risk, and that is to marinate the meat. The American Institute for Cancer Research suggests meat marinated for at least 30 minutes dramatically reduces the formation of carcinogenic chemicals. The risks are also reduced if you use a gentler, lower temperature cooking, such as casseroling, boiling, or using a microwave.

Should I give up meat altogether?

Nobody is saying that if you eat meat, you will get cancer. It is just that eating red meat and processed meat increases the risk of certain cancers. Turning vegetarian is not necessarily the answer as meat contains protein, vitamins, and minerals the body needs for the brain, muscles and the immune system. Doing away with meat from the diet would mean that these nutrients would have to be replaced by some other foodstuff or supplement.

How did we get to this point? 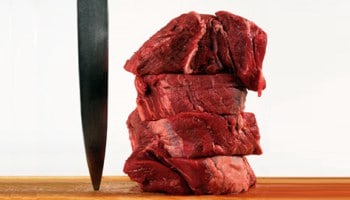 Humans have been on the earth for thousands of years, and over that time we developed from a diet based on plants to one of eating meat. The change is seen as a key in the evolution of humans. The nutrients in meat meant that humans could expand their brain capacity, and in turn, we could become the dominant creature on the planet. The report from IARC makes it clear it’s not just the meat that is the problem but how it is prepared. Cooking techniques such as smoking and curing, often lead to carcinogenic chemicals. These methods were developed primarily to extend the ‘shelf-life of meats so they would not waste quickly. We also consume meat differently these days compared to our ancestors. In the last 75 years, there has been a massive change in the way we consume meat, and that has had an effect on our health. In centuries gone by, meat was an expensive commodity, and only the rich could afford to eat it on a regular basis. From the time of the hunter-gatherers an animal was a precious commodity, and all of it, muscle and offal would be consumed. In the 20th-century modern farming methods made meat more plentiful and cheaper. And over time tastes have moved away from eating offal to only eating the muscle of the animal, which is where the problem originates. The quantity of meat we eat has also increased during the period. A study by the Earth Policy Institute in the United States showed that in 1940, people were eating about 80lbs (36kg) or meat annually, and by 2012 that had risen to 180lbs (82kg).

So our increased risk of cancer from eating meat comes from both how we cook and process meat, and also the amount we eat. As the researchers at the IARC suggest, moderation is the key. You’ll probably enjoy your favorite cuts even more if you eat them less often, and improve your health at the same time. 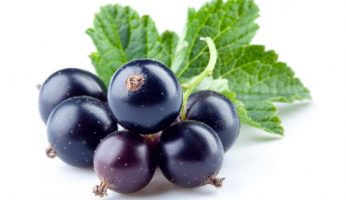