The Correct Way to Hydrate Yourself During a Workout Session 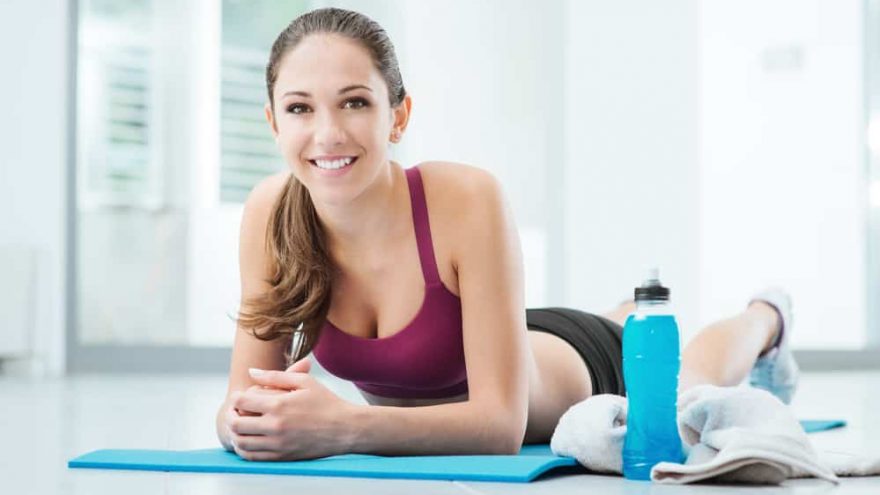 The Correct Way to Hydrate Yourself During a Workout Session thefitbay.com

One of the most important things to focus on while doing a workout, is to keep yourself hydrated. Having enough fluid and energy in your body to be able to exert yourself in the best way possible is extremely important. If you use a gas tank and car analogy, the car can’t run without any fuel. Just like your body, you can’t workout without fuel.

But before we run in front and tell you how to keep yourself hydrated while you workout, we should mention how important it is to make sure your tank is on F before you head out of the driveway. Hydrating before a workout, run or competition is one of the most important steps you can take to prepare and allow yourself the best possibility to give everything you have. Because at the end of the day, maximum effort will give you maximum results, and to be able to give your max, you have to also put in the max. Surely, we must say that eating before your workout is also strongly advise. Water also helps your heart pump oxygenated blood to your muscles, which means you can workout for longer and better. 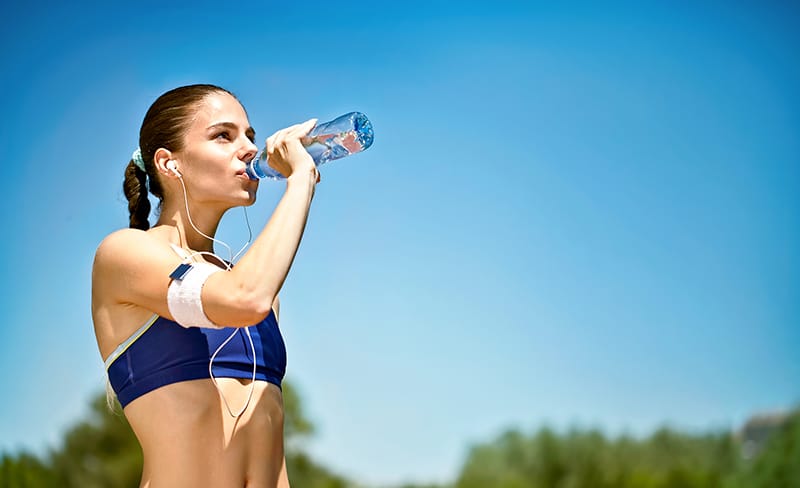 Though it can get super complicated with measurements if looked at under the microscope, the science of being hydrated enough is pretty simple. Water goes in, you workout, water comes back out. Water and electrolytes from your body are lost while training. Then if you are smart, water goes back in once you replenish afterwards.

If somehow there were one too many steps in the explanation, the simple clarification is this. You need water. Before, during and after.

In this article, we’re going to focus on the during stage. Hydration while you are exercising is a great tool to keep your body going and to prevent you from becoming dehydrated. Being dehydrated is not a fantastic feeling and in most cases, can actually be quite dangerous. It leads to dizziness, fatigue, cramps and headaches. If at any point during a workout you feel thirsty, you’re too late. Thirst is the number one sign of dehydration.

Another useful and effective tell of dehydration is the color of your urine. On a regular basis, since everyone is different, the amount of times you need to use the bathroom is based on many different things. But the color of your urine, if nothing is wrong with your system, should be clear. If you just had to do a double-take on that last word to make sure you read it correctly, you did. Your urine should be CLEAR. Not yellow, or semi-yellow, or dark yellow. If you are well hydrated, the bowl should look like it’s just had water added to it. 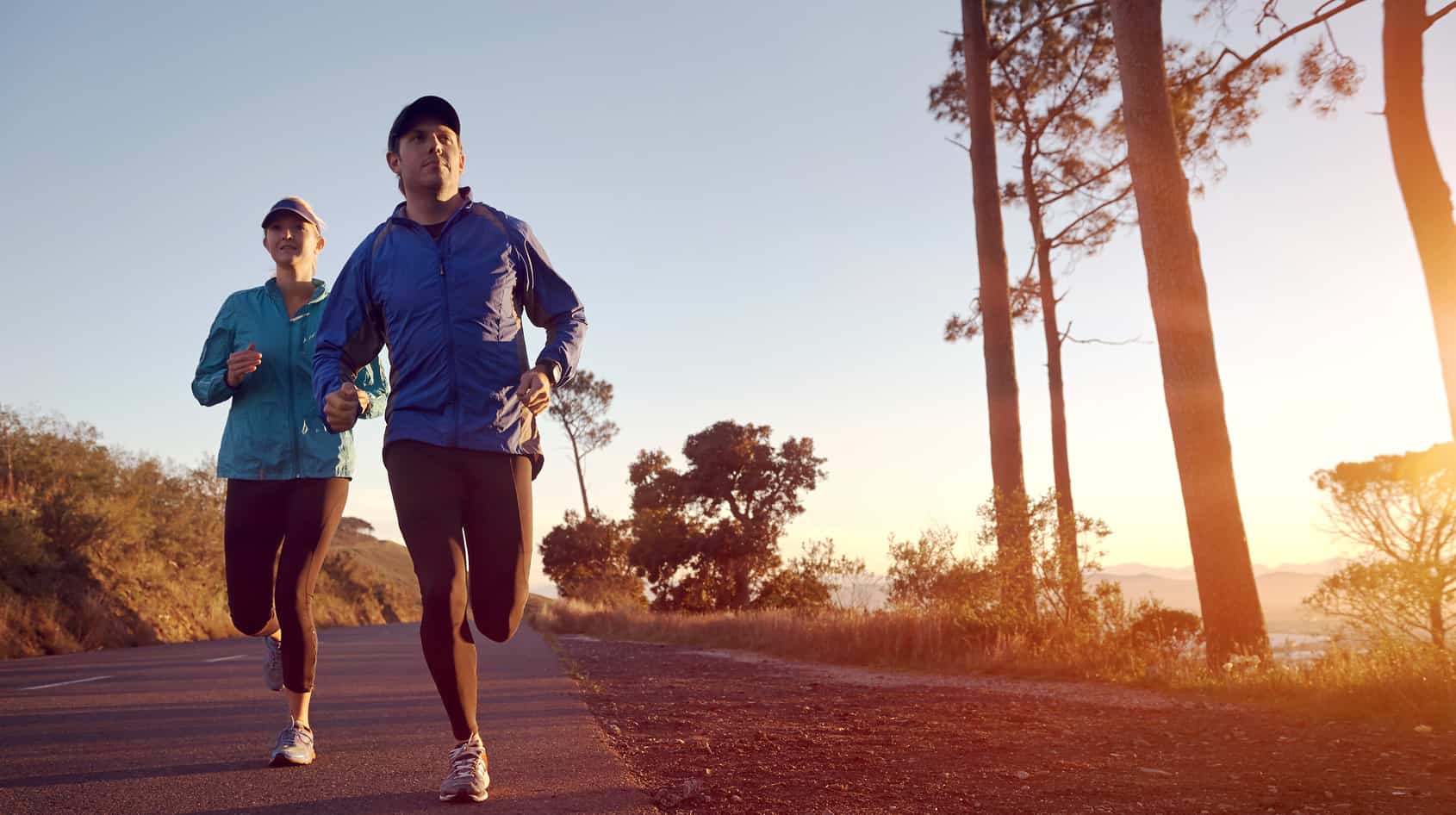 Now that you know those things, let’s get you started on staying hydrated during a workout. We need to know how much water you need to replenish what you have lost, so first, we have to know how much you are losing. Burning fat and “weight” during a workout is often a misconception. Of course, you burn fat and lose calories, but if after a workout you jump on a scale immediately with your fingers crossed hoping the numbers went down (which they did! Yes!), calm down. Don’t get too excited. Once you re-hydrate yourself afterwards, the numbers will be a little less extreme than right afterwards. This is because most of the “weight” or numbers that you lose during a workout is water weight. Before you think that this number isn’t important, it is one of the most important numbers for the first step to keep yourself hydrated.

Let’s break it down for you.

You should now have a number of pounds (preferably, but if you are from Europe or South America and use kilos, please do the math, we’re horrible at it). This is the amount of water you just lost.

For each pound of water weight lost, you will need 16 oz. of fluid to replenish it. For those of you who are not great at numbers and measurements, 16 ounces are about 2 cups.

Here comes the complicated part. Hopefully you hydrated during your workout and didn’t take it upon yourself to turn yourself into a human science experiment. Go back and take a look at your water bottle or estimate how much water you drank. 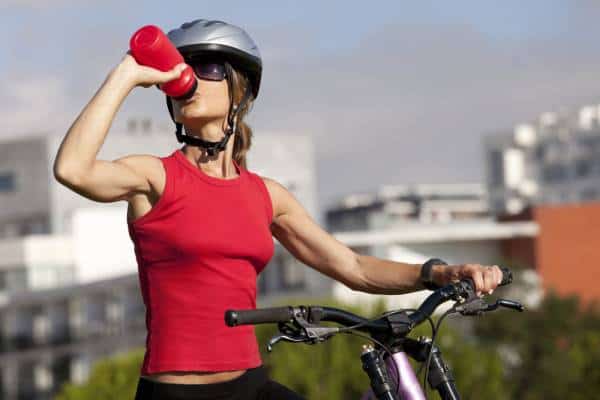 Let’s say you lost two pounds of water (obviously it’s safe to say it won’t be exactly two pounds but play along). That means you need 32 oz. (16 oz x 2 lbs = 32) to replenish the water lost. But during the workout you drank one bottle of water (16 oz.).

One last thing you need to watch out for are those numbers on the scale after the workout. If you find that you’ve actually gained weight, and didn’t take an hour break at the Dunkin’ Donuts next to the gym, then it’s possible that you might be drinking TOO much water.

Pull your jaw up from the ground. It is a thing. It’s called hyponatremia. Which is a fancy way of saying over-hydration. This is where the sodium in your blood are way too diluted from the water and the numbers plummet too low. There’s also something called water intoxication, it’s rare.

But basically what happens is, if you drink way too much water, but have also lost electrolytes (salt in your body) then those cells will try to compensate. They look for outside sources for the electrolytes and let the water from outside the cell come in through osmosis. Then the cell has too much water, swells up and could possibly even burst! Though this is usually found in extreme cases with infants and high-intensity athletes like marathon runners, it is still something to be aware of! But if you are still worried about it, just remember it’s not about how much, it’s about how fast. Drinking a lot of water or juice during your workout. is great! But give your kidneys some time to process it.

Grab a bottle and drink up! (Water, that is.) 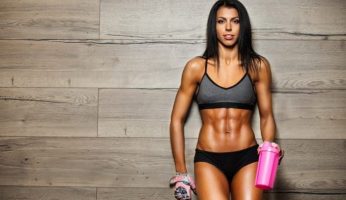 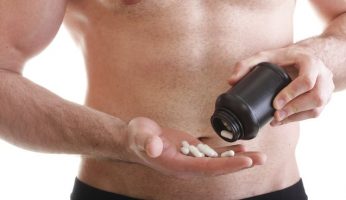 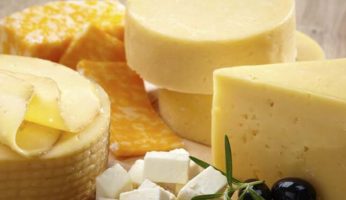 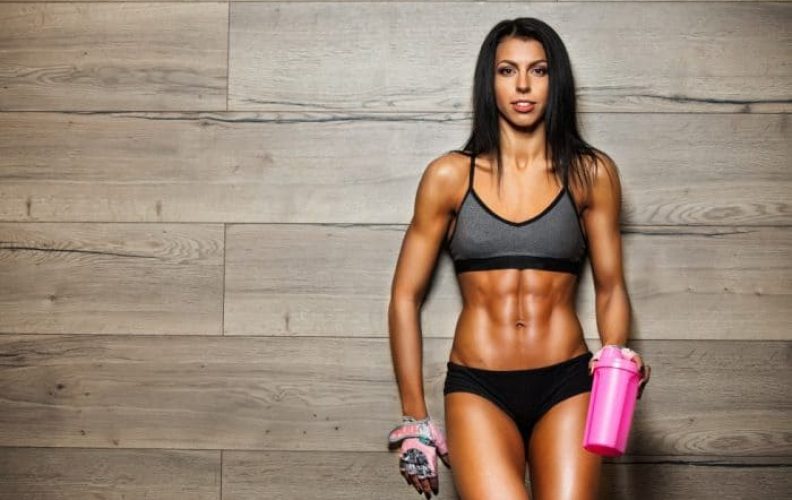 Best Workout Supplements Reviewed (Updated 2021)
5587
Fitness & Sport
Newsletters
Sign up for free newsletters and get more of TheFitBay delivered to your email inbox.