How to Fight the Flu In a Natural Way 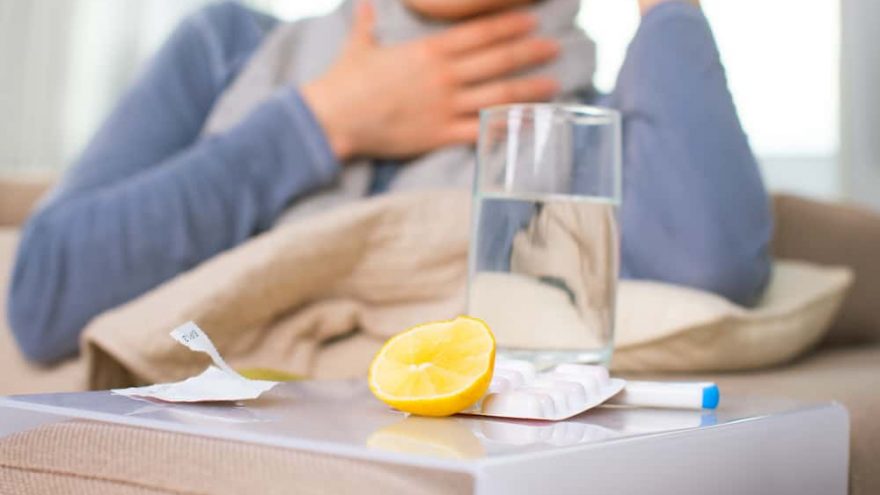 How to Fight the Flu In a Natural Way thefitbay.com

If you feel like you’re coming down with something, even though you eat healthily and avoid germ-infested children, even though you bundle up to your cheekbones in the cold and always wash your hands, after well, everything, it’s sad to say that it might not just be enough. During the cold season, this is one of the most common problems and most people take supplements to combat it.

If you feel like you’ve got the flu and you don’t want to resort to taking those medications the doctor will prescribe to you, or dealing with the side effects of a flu vaccination in your arm (we don’t blame you, 25 years old and those needles still pack a punch), there is hope.

There is hope to live another day and go in with a fight. There is hope for the snifflers and coughers, the sore throats and high fevered foreheads. There is hope for those who are hopping in to fight and staring down the flu in the ring in one corner while standing in the other. So pull on your boxing gloves, or not because you like to do it au naturale, and let us show you how you can fight this thing (and kick its butt) the natural way.

Let’s start off by saying there is really no cure for the common flu or cold. We know that’s a pretty tough blow to take, especially after we worked you up into thinking that you could fight it off. Bad news, technically you can’t. Even though that fact is pretty well known, we just wanted to reiterate it because though there are plenty of medicines and prescription tablets claiming they ward off the flu, but they are just used to alleviate and treat the SYMPTOMS. So the good news is there is still hope. It’s fleeting and there, (you probably feel this way because you might actually be suffering from it right now), but there’s hope.

So these natural ways we’re going to introduce to you today do the same thing. They are small tips and tricks to help with the symptoms of the common flu.

Get plenty of sleep 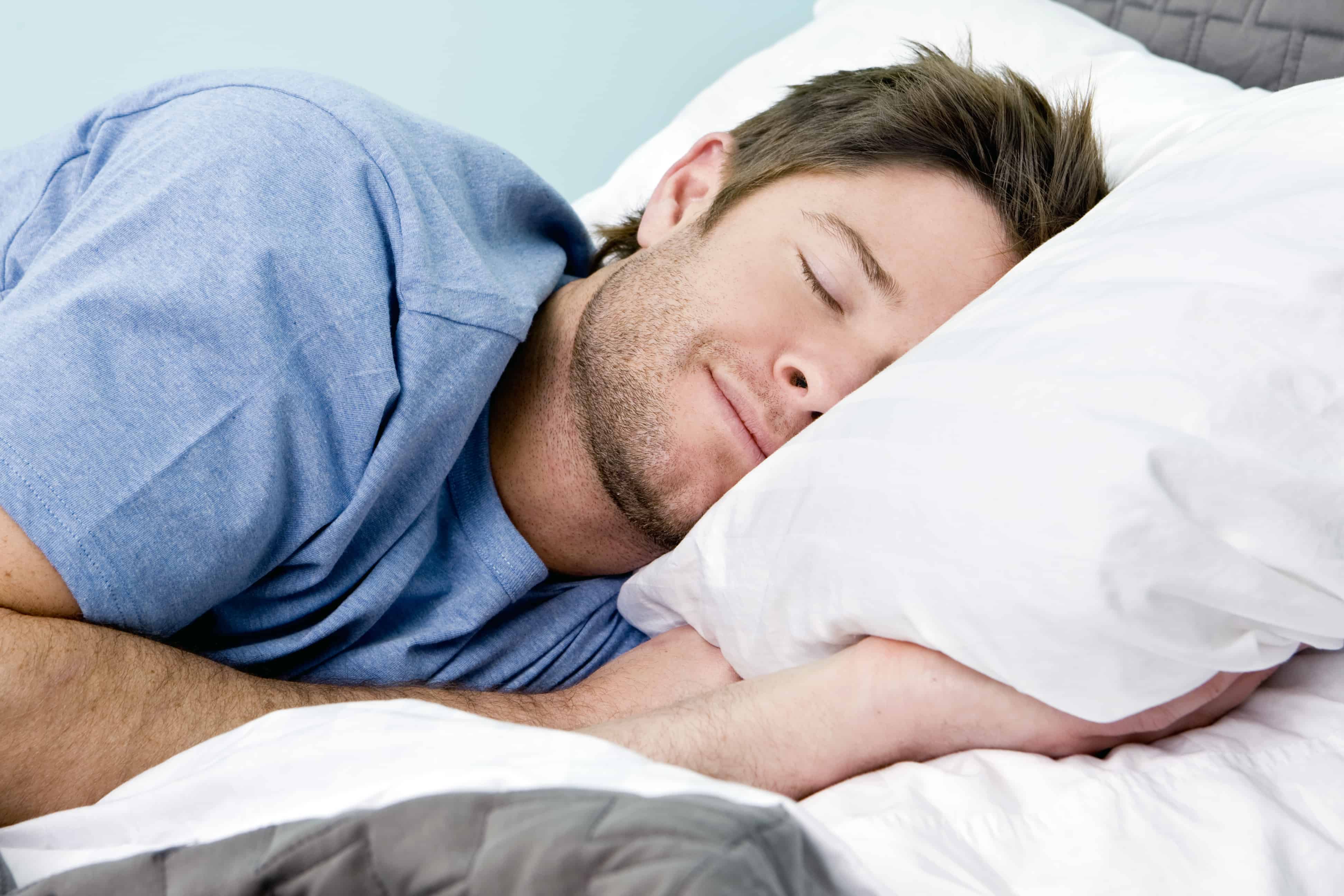 Your body needs all the energy it can get to focus on the battle that’s going on inside you right now. Your immune system needs to be able to give all its strength and power to making the flu symptoms go away. For that, the best way to allow it is to get yourself well rested enough. Plus, who will disagree with this one. No grown adult hates sleeping. Not one. Show us one and we will show you a liar! Okay, sorry, calm again.

Heat it up in the bathroom

No, not that kind of heat. (Though we heard that sort of thing alleviates headaches, so have at it). But running a hot shower will help relax you. Also, if it’s hot enough and the door is shut, the steam from the water can help clear up your nasal passages, even if you are not directly in the shower. On that note, maybe even a bit of a sauna will help. But not for too long! Dehydration is a threat for someone fighting off a cold, anyways, so going into a sauna is a bit of a risk.

Watch what you eat

Be aware of the amount of carbs you eat when you’re coming down with something. The excess amounts of sugar and grains are a fantastic helper for bacteria. Which is bad news for you. Also, fun fact for the day: 80 percent of your immune system is located in your “gastrointestinal tract“, which means that you have to watch what you eat. The best cures for the flu are drinking lots of teas and boosting up your metabolism with vitamin C. Whatever goes in that stomach can directly affect your immune system. If you amp up the sugar, you’re not helping your immune system. You’re helping the flu. 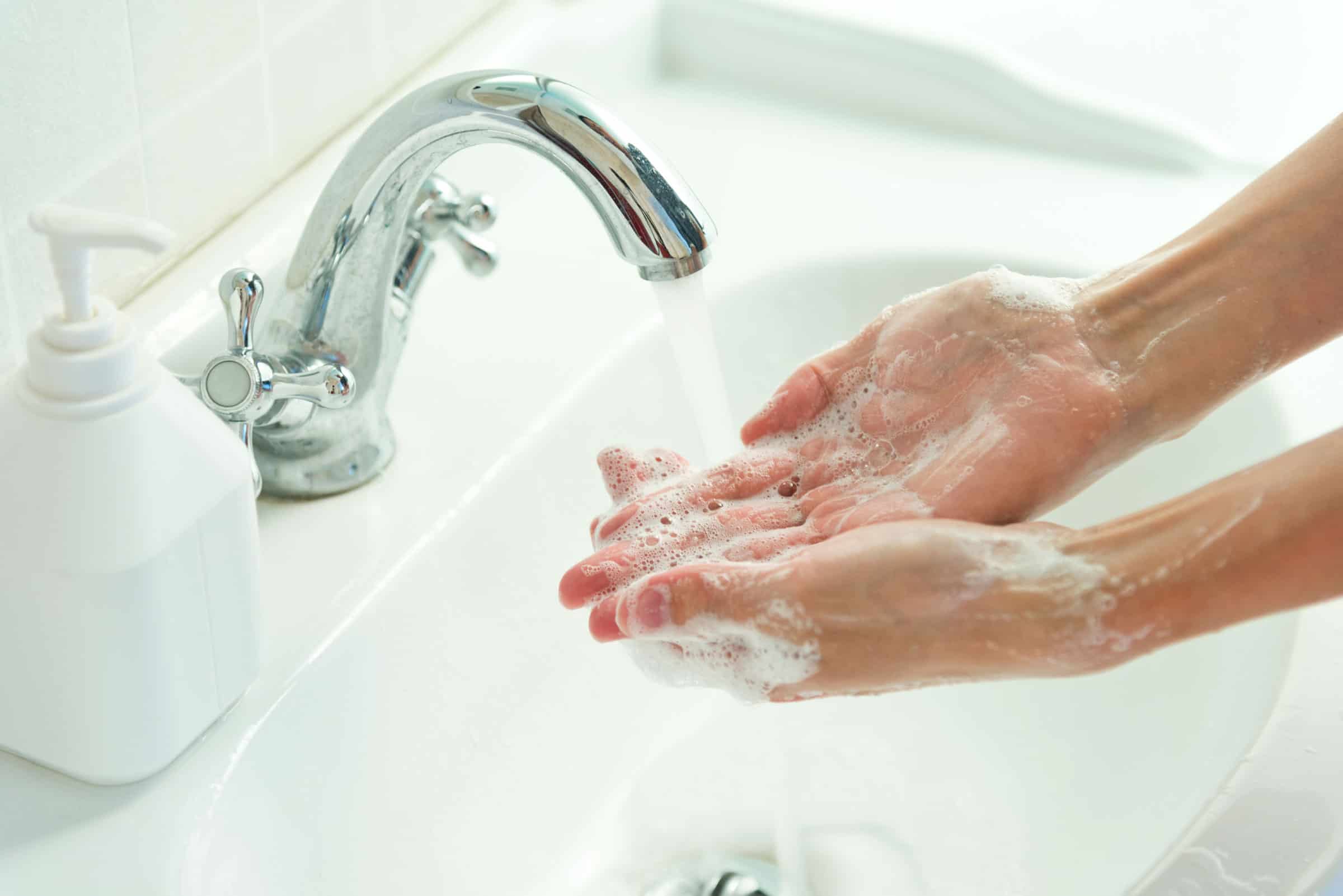 Wash those things properly, for the time allotted (sing a one-two minute song) and use soap! This will help prevent yourself from spreading germs to others and will keep your hands clean and less likely to spread the germs to the contact of your face, mouth or nose.

The more stressed you are, the more likely it is that you are going to get sick, or sicker. It leaves your body wide open to an even bigger invasion or attack of those flu bodies. Try channeling your inner peace through techniques of meditation, sport or yoga. 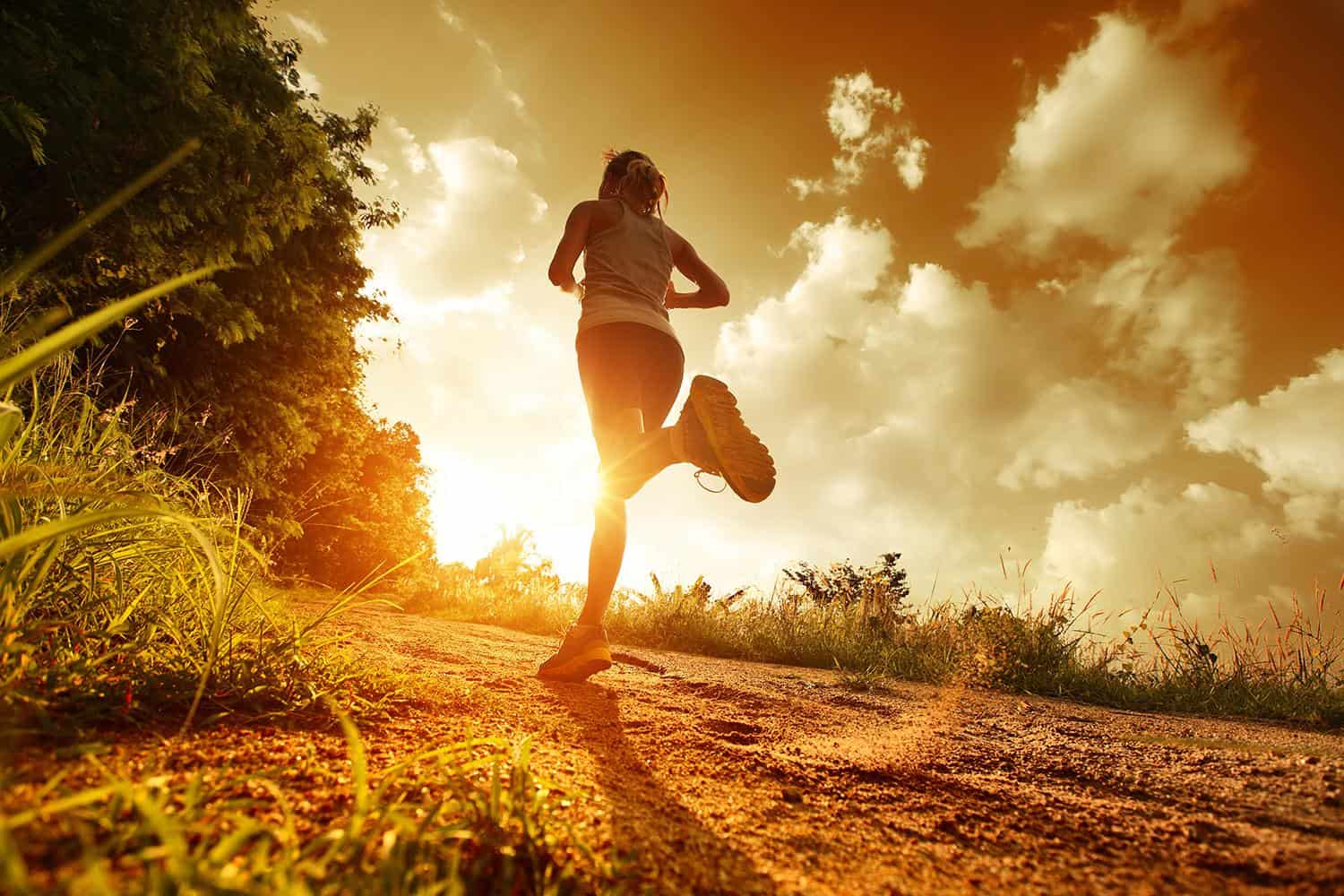 Though it might be the last thing you feel like doing when you get the flu, try doing it before. The more you exercise regularly, the healthier your body will be, and ready to fight whatever’s coming. More scientifically speaking, the exercise improves the circulation of immune cells.

Especially if your temperature is high and you are breaking a sweat, there is a possibility that you might become dehydrated. Water on its own has all kinds of health benefits and will help your body be more prepared to fight.

Though it might seem disgusting, don’t swallow! Gargling with salt water will help alleviate your sore throat and the salt will lower the swelling. Even more disgusting to talk about, it will loosen the mucus that lines the walls of your throat. Yuck. If you want to be different, a Japanese study shows that gargling with green tea leads to all kinds of other benefits as well.

Chicken Soup for the Sick Soul 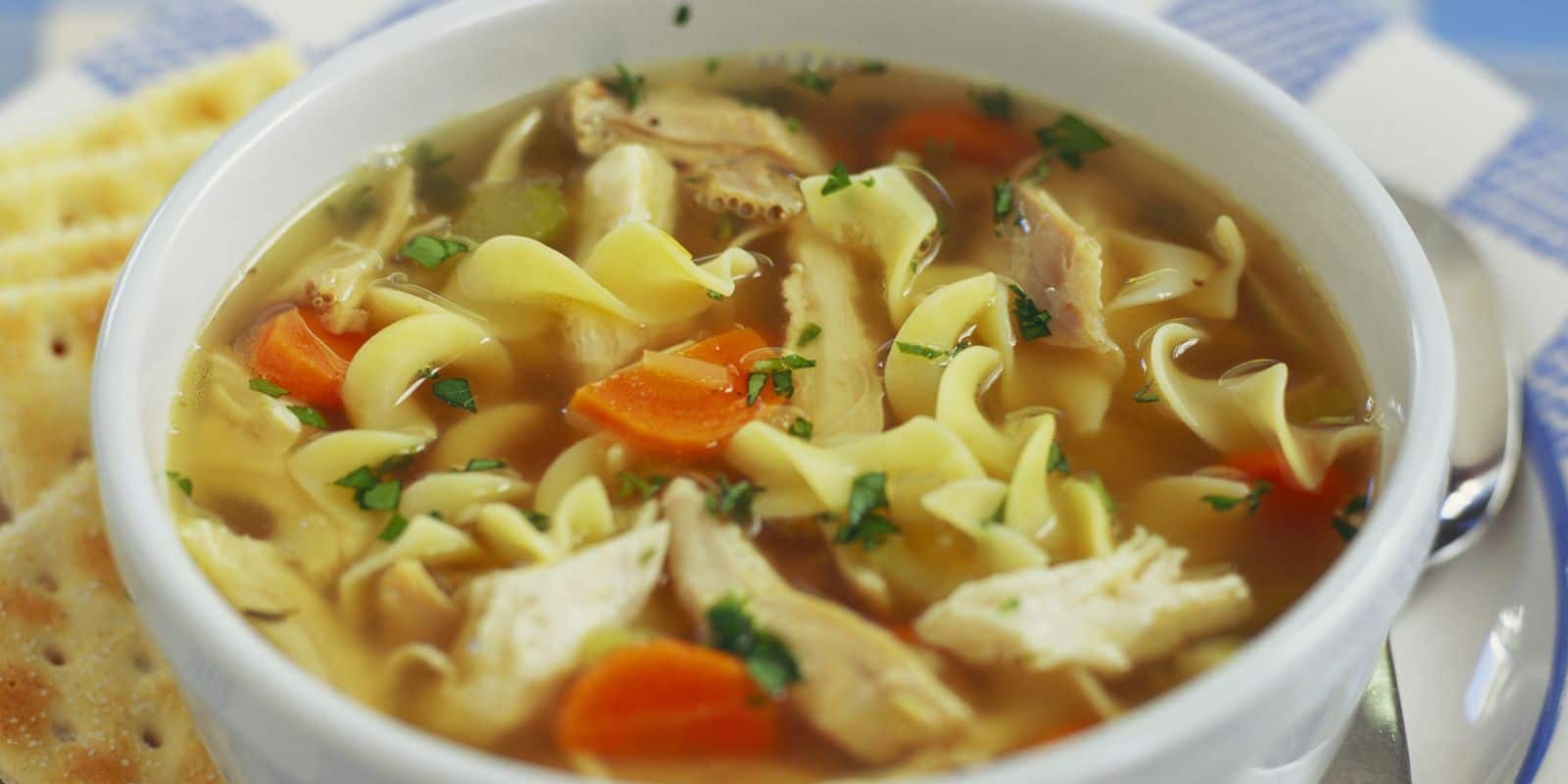 This actually isn’t just an ancient recipe. Chicken soup contains carnosine, which targets the body’s immune system and makes it stronger. It also has some extra benefits, like keeping you hydrated, clearing up your nasal passages, and soothing your throat.

There are so many other home remedies to care for the symptoms of the flu, but here are our fave eight. If they’re not enough and you still don’t want to pop pills, either go surf the internet at some other credible sources or go see your doctor. 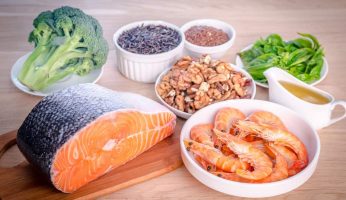 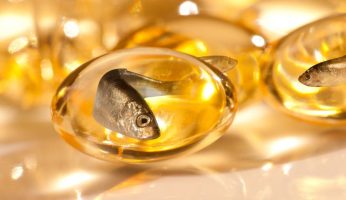 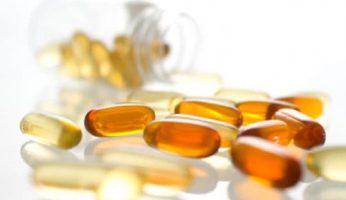 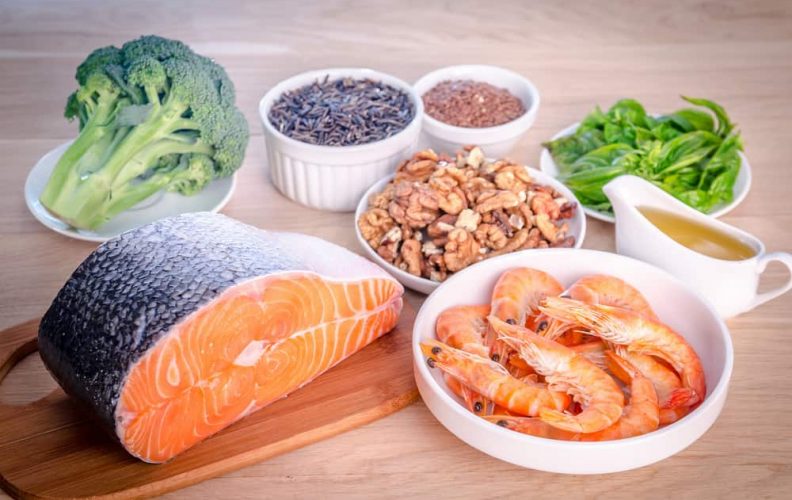 Best Omega 3 Supplements Reviewed and Compared
17954
Health & Wellness
Newsletters
Sign up for free newsletters and get more of TheFitBay delivered to your email inbox.